The Occupational Safety and Health Administration (OSHA) has listed strict permissible exposure limits (PEL) for solvent vapors in a work area. It is Vacuum Processing Systems policy to reach the PEL listed by OSHA within the chamber before it is opened to assure that even if the operator leans over and falls into the chamber, you are still in compliance. The common practice is to measure the parts per million (ppm) of the cleaning solvent for an 8 hour period (8-hour TWA) usually by attaching a collector to the cleaning system’s main operator. During the 8 hour period, the operator maybe exposed to higher concentrations for some time however the Time Weighted Average (TWA) needs to be less than the listed PEL. For chlorinated solvents like perchloroethylene (PCE) and trichloroethylene, the 8-hour TWA is 25 ppm. Our systems consistently show a ppm of 3 or less during and after cleaning. The 8-hour TWA under these conditions would be negligible. 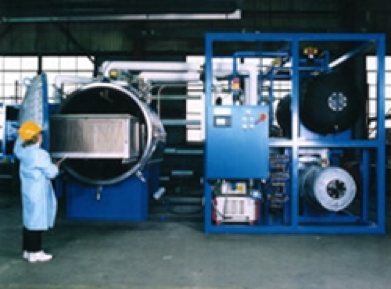