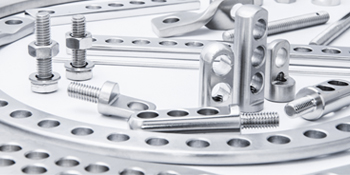 The term Airless Degreaser has been used to describe a number of types of equipment available on the cleaning market today. There is no actual definition of an Airless system. When we coined this phrase in the 1990’s it was referring to cleaning systems that removed air from a cleaning chamber prior to cleaning. To completely remove air from a chamber, such as done in the semi conductor industry, is expensive and not necessary to achieve the cleaning performance and reduce emission levels to acceptable levels. Our solvent units operating in the field remove at least 95% of the air present prior to introduction of solvent to the chamber. Large systems remove 99% plus because of the larger emissions associated with the larger volumes.

The main goal of removing air initially was to prevent the contact of air with solvent. Once contact is made, it is very difficult and expensive to remove the solvent from the contaminated air since the mixture is a single phase that needs treatment such as cooling or carbon adsorption to remove the solvent. Recovery of solvent from an “airless” degreaser can be accomplished by simple condensing. After air is removed from the chamber, the system becomes a completely closed system meaning that no air or solvent is transferred to or from the existing equipment. The last step in an enclosed system is vacuum drying and when completed, the chamber is returned to a state near the pressure and condition, with the exception of contaminant removal to a sump pump, that the chamber was in after the initial vacuum. At that point air is introduced to return the chamber to atmospheric pressure in order to open the chamber and remove the part. Because the system starts with a vacuum and ends with a vacuum, the EPA sometimes refers to this type of equipment as a Vacuum to Vacuum Degreaser.

An “Airless” system would be best described as an enclosed system that internally transfers solvent liquid and vapor internally within the equipment to accomplish vapor degreasing, spray, liquid soak, liquid jetting, ultrasonic cleaning, vacuum drying, convective drying and any other process done in an open or enclosed systems having either an air-liquid interface or an air vapor mixture in the cleaning chamber.